Follow mandollies.com on WordPress.com
Posted on October 9, 2016November 22, 2016 by Illumini

Some paparazzi managed to sneak some candid shots of the most awaited butt on the internet: 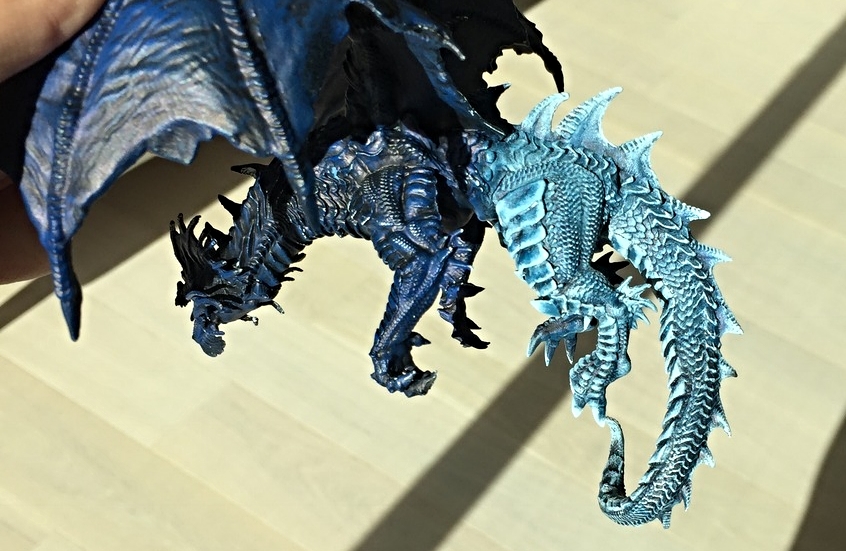 Or in other words, I have started painting the Ice Dragon.

The dragon is “Bahamut King of Dragons” from D&D attack wing. I wanted a dynamic and flying dragon as a mount for my Ice queen, but struggled with the flying part, not liking GW´s limited offering of dragons in flight. D&D attack wing actually has a good selection of flying dragons. The material is softer plastic than most model kits, but I think the details are still good, and it paints up well. The size is a bit smaller than I had hoped for, but still large enough that a heroic 28mm figure looks right on top of it and because of the huge wings and flying pose, I am sure it will tower imposingly enough over the battlefield.

Let me know what you think