Kossars never really caught my eye in the Kislev range, fading behind the awesomeness of the cavalry miniatures. As I got a bunch of them in a great auction win on eBay, and it is nice to have some infantry options for Kings of War, I made up a troop of them.

After actually having handled and painted these guys, I have to say that I am very pleasantly surprised. The kossars are really great miniatures, lots of character in the sculpts and with a very good level of detail. I also bought a Mordheim Kislev Ranger, more for completeness than because I liked the figure, and she and her giant orbs (got to be some of the largest in the Old World?) got to lead this troop of merry men. The Ranger is kind of the opposite of the Bretonnian Damsel, looking more like the standard crossdresser GW female miniature 🙂

The Kossars are nice and flexibly armed, allowing them to play a lot of different roles in KoW. In the League of Rhordia list, they can easily be City Militia (great weapon armed light infantry), Halfling Archers (archers with extra good cover save, easily explained by them being woodsmen) or Halfling scouts (pathfinder, vanguard archers).

I have another troop and a full regiment of Kossars in production as well, just waiting for some packages to arrive. That will allow me to use them either in 2x troop + 1x regiment or as a single horde. 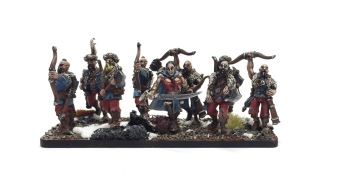 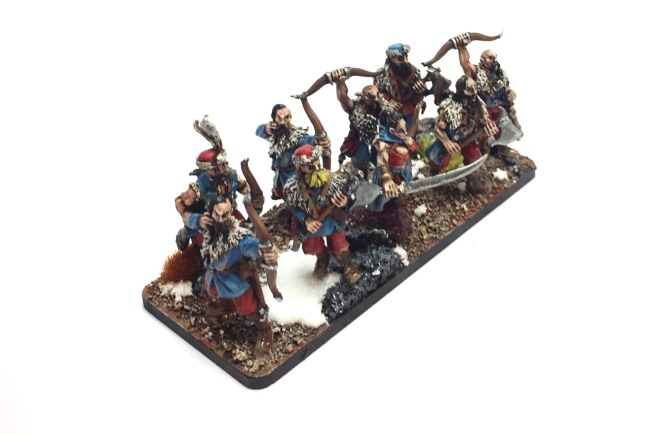 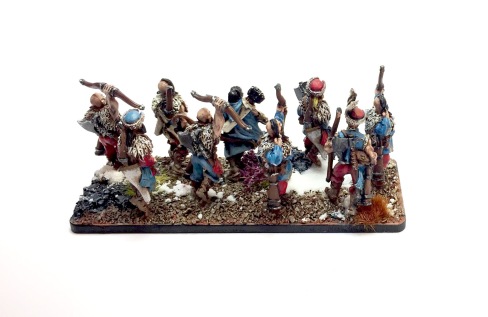